PATA aims to achieve the following on the frontline of paediatric and adolescent HIV service delivery:

Build and support 
an engaged network of health providers, facilities and communities

To mobilise, strengthen and build resilience in a network of frontline health providers, facilities and communities on the frontline of paediatric and adolescent HIV service delivery in sub-Saharan Africa.

That all children and adolescents living with HIV in sub-Saharan Africa receive optimal treatment, people-centred care and support, and live long healthy lives.

In response to the growing South African HIV epidemic, a group of local health providers established the countries first paediatric treatment programme for HIV-infected children attached to Groote Schuur Hospital (GSH). Funded and supported by the One to One Children’s Fund, the programme reached 300 children as one of the first paediatric treatment sites in the region. Over 90% of children initiated responded to treatment that was implemented as part of a holistic, family-centred approach. The GSH programme began hosting health provider teams from across South Africa and sub-Saharan Africa, becoming an important learning ground for others who wanted to initiate paediatric treatment programmes. Seeing this peer learning in action inspired the birth of PATA as a knowledge sharing network of paediatric HIV health provider teams and led to the first PATA Forum convened in 2005. PATA was formally registered in 2007. 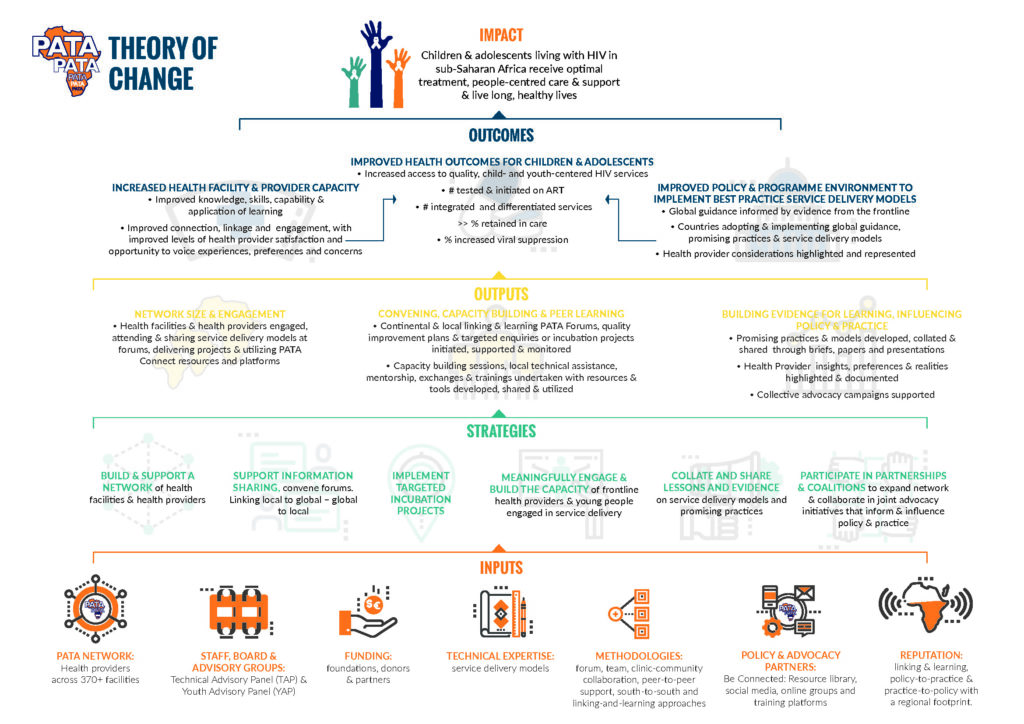 Our Theory of Change

PATA’s Theory of Change underpins our strategy for our action network of health providers and health facilities in sub-Saharan Africa to effect positive change in paediatric and adolescent HIV policy and service delivery on the frontline.