Living under lockdown: Girls and COVID-19 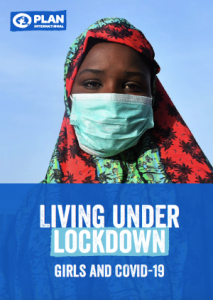 To aid understanding of the impact of COVID-19 on girls and young women, as well as talking to girls in lockdown, Plan International has re-examined four previous studies of crises to try and get a clearer picture of the insecurity and vulnerability facing girls now.

Plan International has drawn specific lessons from their study of the Ebola crisis of 2014-2015 in West Africa where school closures and other measures to limit movement had damaging long-term effects on children and particularly girls. Key findings include: