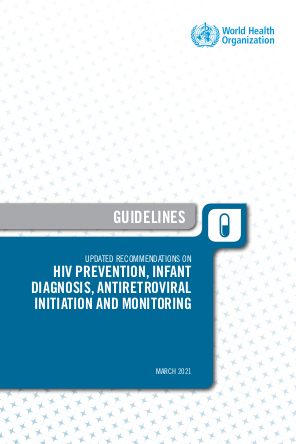 These guidelines provide updated and new recommendations on prevention, infant diagnosis, treatment monitoring and antiretroviral therapy (ART) among those initiating treatment for tuberculosis (TB). The recommendations developed for this guideline will be integrated with the updated consolidated HIV guidelines that will be released in the second half of 2021.